With many thanks to Steve Williamson and everybody else involved in the process!

It’s the final hurdle; the concluding chapter; the last hoorah; we can see the chequered flag; our goal is in sight!  Yes, finally there will be a Referendum on 1st July at both Rogate and Rake Village Halls (from 7am-10pm) to agree the Rogate and Rake Neighbourhood Plan.  Please put a note in your diary and vote.  You are eligible to vote if you live in Rogate Parish and are on the Electoral Register.

The Plan includes policies that will guide decisions on development in the parish.  You can access the Referendum version of plan

It contains a Vision, eight Objectives and seventeen Policies – see below.

VISION:  During the Plan period, the quality, tranquillity and character of the natural and built environments will be safeguarded and improved for future generations, and the parish will become a more environmentally sustainable, vibrant and cohesive community for the benefit of all people living in, working in and visiting the area. 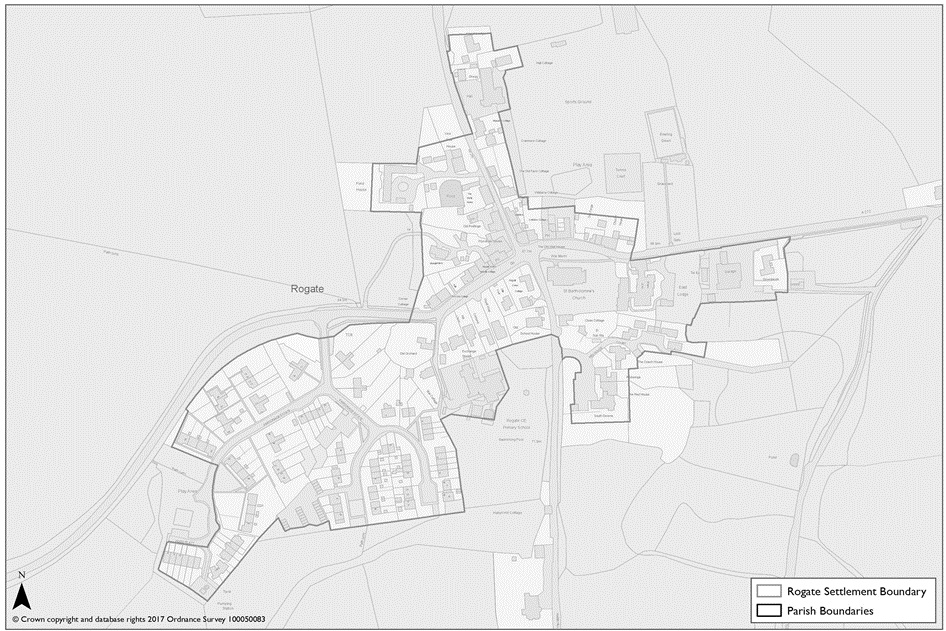 H6        Allocate Two Sites suitable for Residential Development.  This is the key Policy as it defines where additional housing development will be allowed.  The total provision is limited by SDNPA and these sites resulted from extensive consultation.

A – Renault Garage and Bungalow, Rogate  – the site can accommodate 11 2/3-bedroom units and the plan shows a possible layout 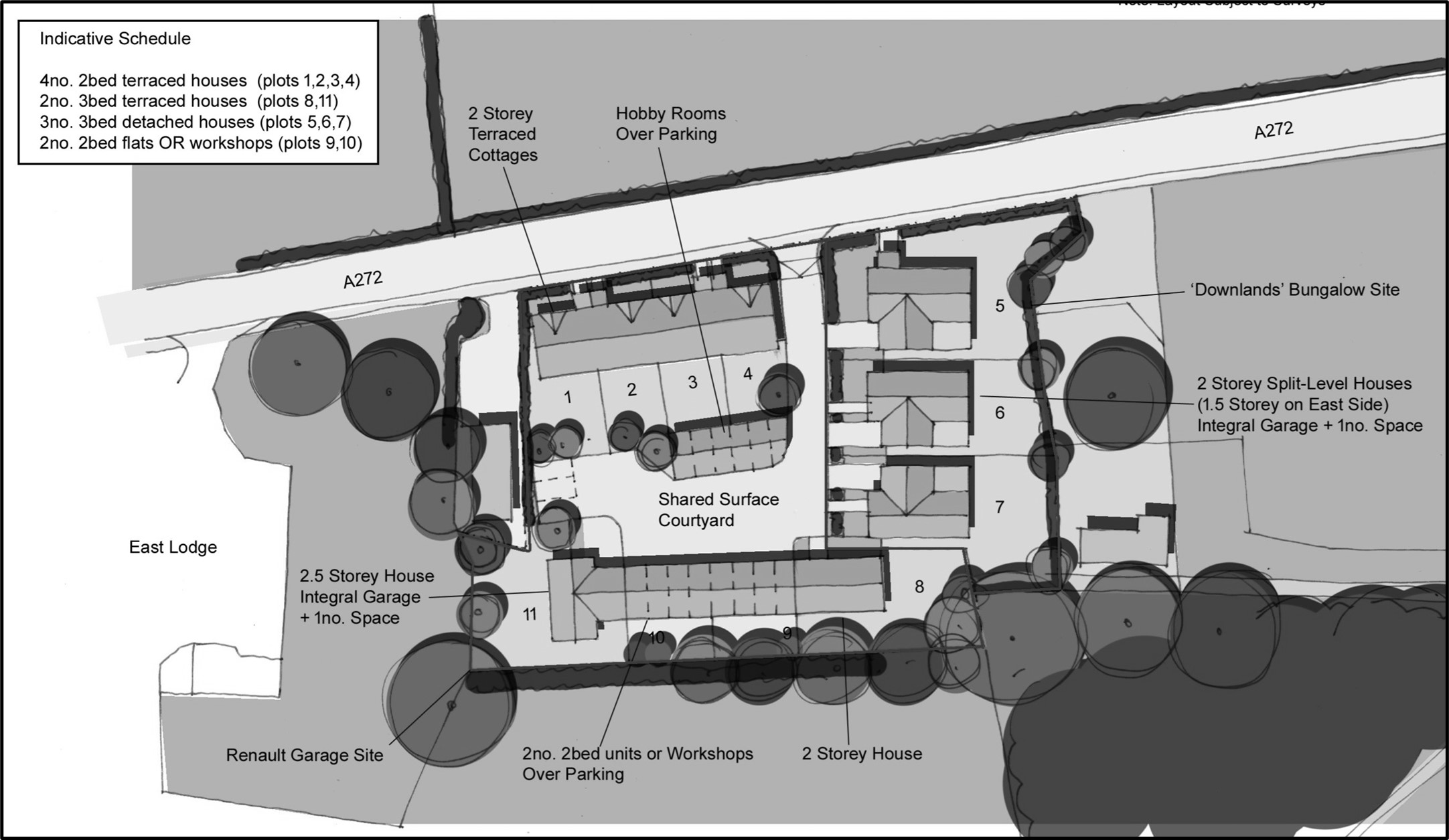 B – Land on North side of London Road, Rake – the site can accommodate 2 units as it is constrained by the parish/district/county boundary (solid black line).  However, a subsequent planning application could extend over that boundary to allow for four units as originally planned. 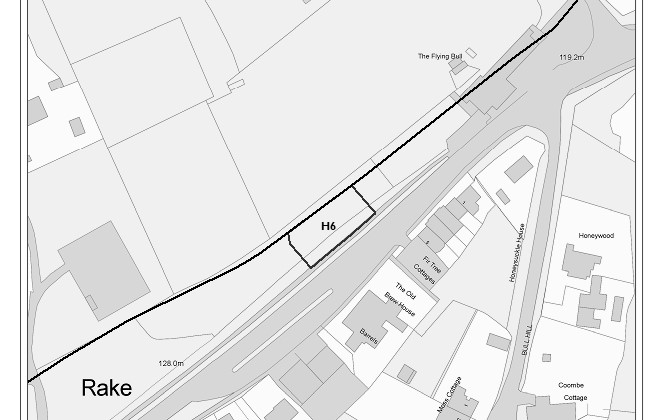 CH1     Designate Local Green Spaces.  Greater protection of our public open spaces is provided when they are designated as Local Green Spaces, so we have created nine, some of which are already defined as Village Greens (VG) although this does not provide any planning protections

On the 15 April 2021, the SDNPA’s Planning Committee agreed the Decision Statement for the Rogate and Rake NDP.  This sets out the modifications that will be made to the Neighbourhood Plan in response to the Examiner’s recommendations.

The Rogate & Rake NDP has been modified accordingly and will proceed to referendum on 1 July 2021.

The SDNPA appointed John Slater BA (Hons), DMS, MRTPI as the Independent Examiner of the Rogate & Rake NDP.  The Examiner assessed whether it met certain legal requirements, known as the ‘basic conditions’, and considered the representations made on the Plan.  His Examiners report is available on the SDNPA website at the following:  Examiners report

The following documents have been completed and submitted to the South Downs National Park Authority and subsequently to an Independent Examiner.  A consultation period in accordance with Part 5 of the Neighbourhood Planning (General) Regulations 2012 (as amended) ran from 19th October to 14th December 2020.   The following documents are published on this website as part of the consultation under Publicising the Plan Proposal (Regulation 16):

The subsequent comments made on the Rogate & Rake Neighbourhood Plan (RRNP) are being considered by the Independent Examiner who will assess whether the RRNP meets certain legal requirements, known as the ‘basic conditions’.

The RPC responses to the consultation comments and the actions that it proposes  RPC Consultation Responses.   Also, the Independent Examiner has provided his initial comments to which both SDNPA and RPC have responded – Examiner’s Initial comments – Combined Response

This guidance note provides further information on the basic conditions and the next steps for the RRNDP.

You can find out more about which cookies we are using or switch them off in settings.

This website uses cookies so that we can provide you with the best user experience possible. Cookie information is stored in your browser and performs functions such as recognising you when you return to our website and helping our team to understand which sections of the website you find most interesting and useful.

Strictly Necessary Cookie should be enabled at all times so that we can save your preferences for cookie settings.

If you disable this cookie, we will not be able to save your preferences. This means that every time you visit this website you will need to enable or disable cookies again.